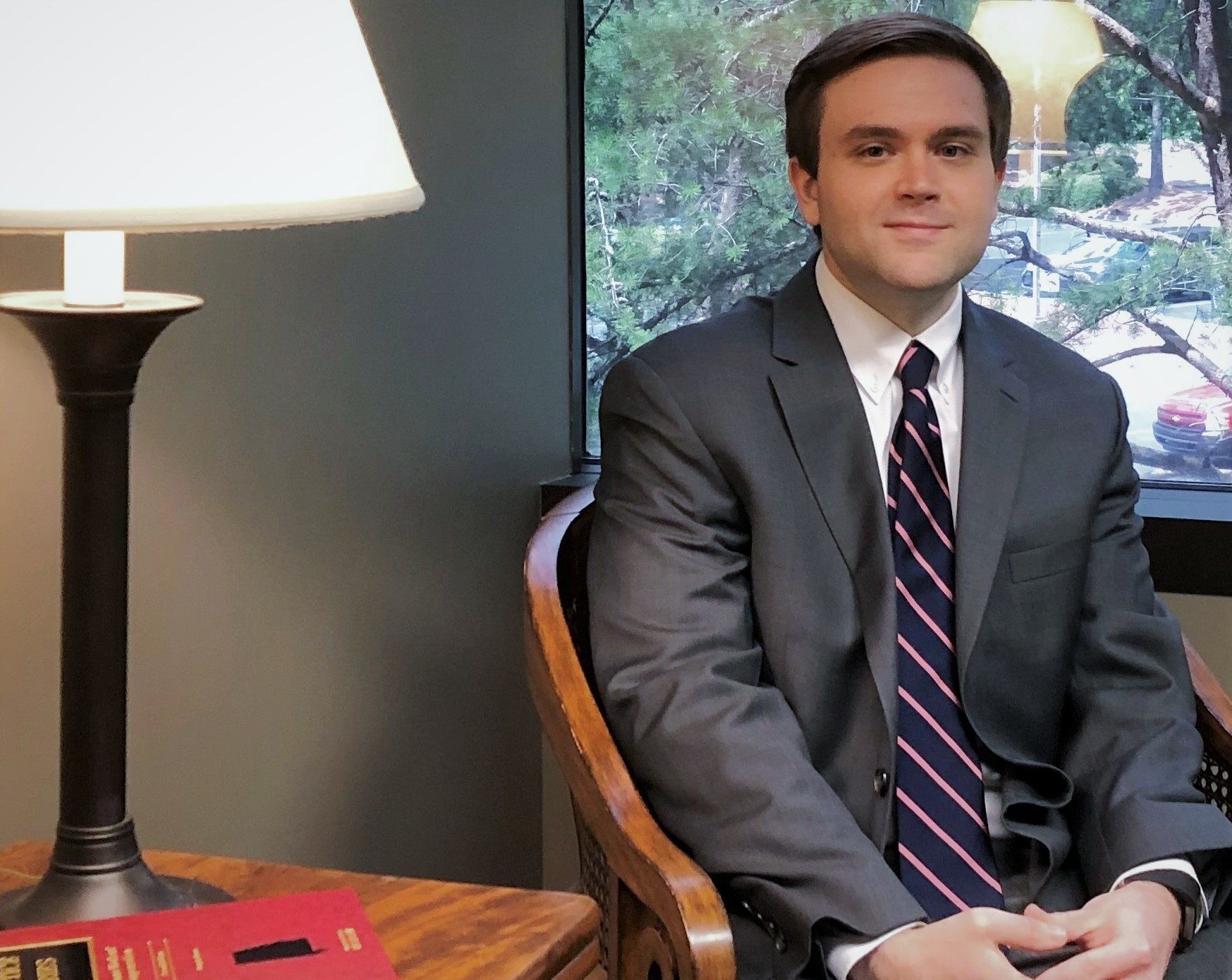 Garrett Hartley joined the team at Smith & Bahakel in 2019 after working as a law clerk for the firm during law school. Garrett represents clients in state and federal courts in matters involving personal injury, premises liability, insurance defense, and business torts.

Garrett was born and raised in Greenville, a small town in south-central Alabama. He attended the University of Alabama at Birmingham, where in 2015 he received a B.S. in Biology, with a minor in Chemistry. After graduation, Garrett spent a year volunteering with AmeriCorps.